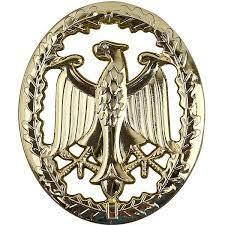 A Cadet must pass seven evaluations to receive the award and be considered proficient. The first is an evaluation report conducted by the Cadet’s commanding officer, who must indicate the Cadet’s physical and moral standards. Cadets must show proficiency in first aid, donning protective clothing, and various fitness challenges.

Cadets must also pass a basic fitness test. There are minimum requirements to give, but there are also gold, silver, and bronze levels within each event. A Cadet needs to hold a flexed arm hang, keeping their chin above the bar for a minimum of five seconds to pass. But they can reach the second —or silver — level by holding the arm hang for at least 45 seconds. A gold level can be achieved by having the arm hang for 65 seconds. Cadets also complete a sprint test and 1000-meter run to pass the fitness test.

Marksmanship is another aspect of the proficiency test. Cadets use the weapon of their choice for shooting and are judged on distance, number of targets hit, the position of firing, and number of shots, based on which weapon is used. Cadets must also complete a 100-meter swim in military uniform to receive the award.

The last test Cadets participated in was the Foot March. Cadets march in military uniform and boots with a rucksack weighing 33 pounds. Cadets must march six kilometers in 60 minutes to pass and can reach silver or gold levels by marching for a longer distance for a more extended time.