Cadet Almeida is a native of Los Angeles, California. He first enlisted as a Sonar Technician in the U.S. Navy. After basic training, he spent a year in San Diego for training. Once his training was completed, he was assigned to the USS Truxtun based out of Norfolk, Virginia. His time aboard the USS Truxtun took him to several places in Europe and the Middle East throughout two deployments. Once his initial service obligation was complete, Cadet Almeida separated with an honorable discharge to pursue an education. While attending UMN, he decided to return to the military in some capacity.  This meant being a part of the ROTC program.  Cadet Almeida will commission this spring and start his pipeline to becoming an EOD Officer. 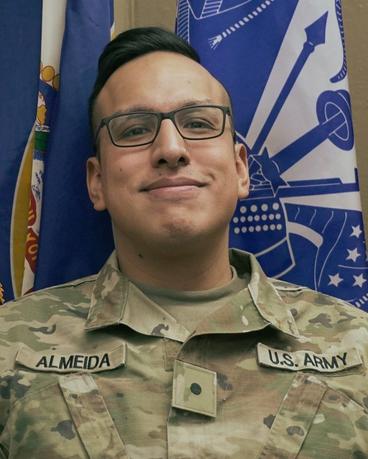