Cadet Shane MacDonald first enrolled in the Golden Gopher Battalion in 2020 during his senior year at the University of Minnesota. After graduating in May 2021 with a B.S. in Physics, he continued ROTC in graduate school at UMN to obtain a Master of Science in Physics. In the summer of 2022, Cadet MacDonald completed Cadet Summer Training (CST) at Fort Knox, KY, where he received the RECONDO badge. Following CST, he completed Cadet Professional Development Training (CPDT) at Fort Bragg, NC. Cadet MacDonald will commission in May 2023 and enter active duty as an Infantry Officer. As the Cadet CSM, he is the principal advisor to the Cadet Battalion Commander on the state of morale, discipline, and training of Cadets within the battalion. He advises the Cadet BC on planning and is responsible for the training and execution of drills and ceremonies and the appearance of Cadets, equipment, and facilities. 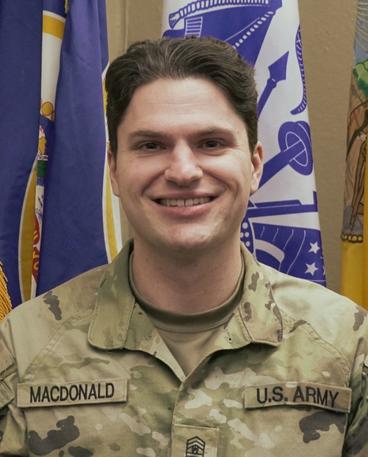