Cadet Micah Poor is the Golden Gopher Battalion Cadet Executive Officer. He has been in the Minnesota National Guard since his enlistment in 2017 as a 88M Motor Transport officer. He has been able to experience many intriguing things during his time in the Army National Guard, including completing the Air Assault Course at Fort Campbell, KY. Cadet Poor hopes to use the knowledge and skills he has gained over his time in ROTC to give back to the younger Cadets of the Gopher Battalion. His goal as the Cadet XO is that all battalion events will flow smoothly and that he can improve this ROTC program. 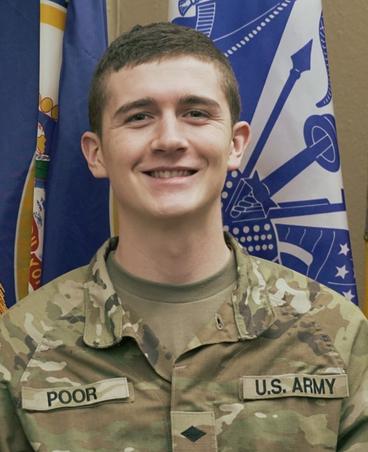